Debby Ryan and other former stars of the Disney Channel series Jessie recently reunited on Zoom as they practice social distancing amid the coronavirus pandemic.

Ryan, who played main character Jessie Prescott, remembers being comforted by Boyce when she was dealing with her mother Sandy‘s battle with breast cancer, which she did eventually beat.

“My mom was battling cancer and we weren’t really vocal about it, so I would like go to chemo with her after work and then I would come back…sometimes people would be like, ‘Tired, late night?’ like making jokes, whatever and I would just be like kind of fragile but never shared about it,” said Ryan, 26. “[Boyce] had this sense, was aware, and I remember he would just pursue to come and give me hugs. I remember one time starting to cry and being like, ‘You are like my younger brother.’ He would have sort of like this maturity and this comforting- and it was like a two-way street for the first time in a really cool way. I just will never forget that.”

“He could be casually like making a sandwich and would just sing and you’d be blown away and he would just be joking and doing a bit and dance and you’d be like, ‘How do you have that control of your body?'” she said. He could just make everything funnier because he was deeply skilled at the things. There were times where of course when Disney Channel heard Cameron sing, they were like, [gasp].”

Ryan said Boyce told her he liked to dance for himself, saying, “That’s kind of a ‘me’ thing.”

“Cameron was an amazing dancer,” Kevin Chamberlin, who played Bertram Winkle on Jessie, said, getting emotional. “There was always a surprise when they worked his dancing into the show. He would come with his crew, he had these three guys or four guys, and they would like, krump and do breakdancing stuff and it was really cool and he would have to do take over take. Pam [Pamela Eells], the creator of the show, texted me last night and said, ‘You have to tell them that every time they did so many takes and he would never get winded.’ They would constantly do these takes and was always spot-on. He was always at a 10.”

“He was really one of the kindest people you’ll ever meet and just a beautiful soul,” the 56-year-old actor added. “An old soul.”

Peyton List, who played Boyce’s character’s older sister Emma Ross, recalled how she and the actor were both tutored on the set.

“We spent every moment together,” the 22-year-old actress said. “Cameron was just an amazing soul and person…he made me such a better person. He was younger than me and he would teach me something every day.”

“He really is an old soul and he taught me so much,” she added.

‘We were always like two peas in a pod,” said Brar, 21. “So we were always just hanging out together. But I guess just spending time in our dressing room together and just talking about what we wanted to do in the future and I guess just figuring life out together. We were so close in age that we were both kinda just going through the same experiences and helping each other figure it out.” 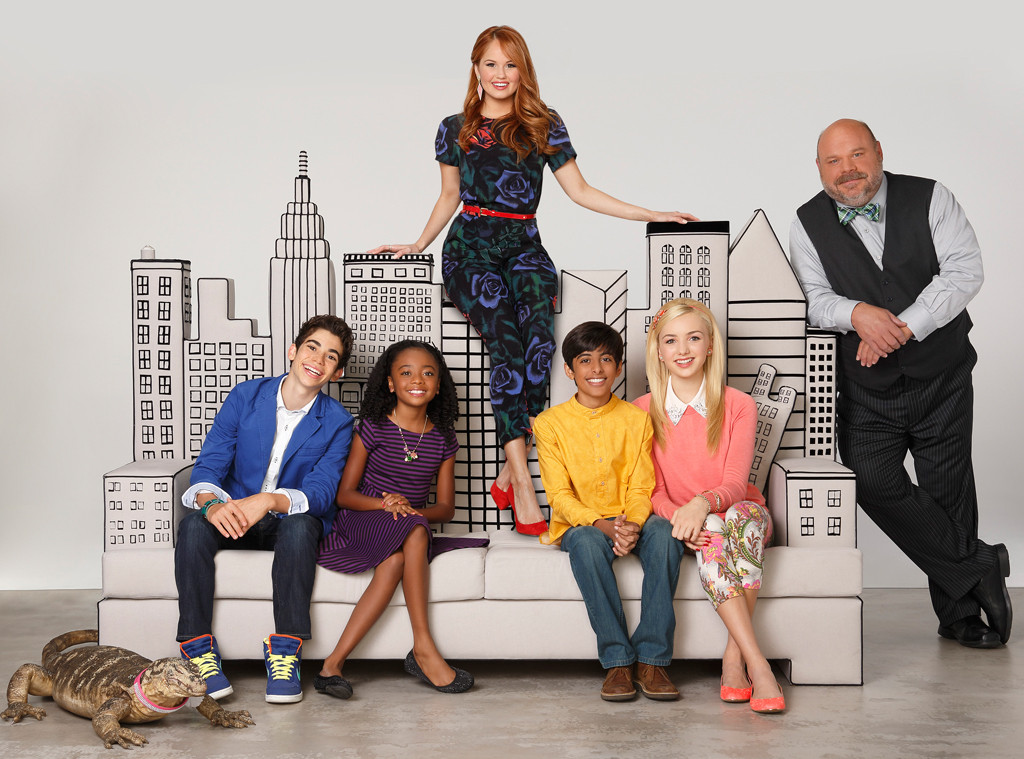 Skai Jackson, who played the Rosses’ youngest sibling Zuri Ross, recalled the day she met Boyce, at an audition for Jessie. The 18-year-old actress said he was so “sweet and loving.”

“I remember a week before I met him, I saw him on Dancing With the Stars and I was just thinking, ‘This boy is just so talented. He’s just so good,'” Jackson said. “I was so excited to meet him and we just got to talking and he just treated me like one of his own just right away.”