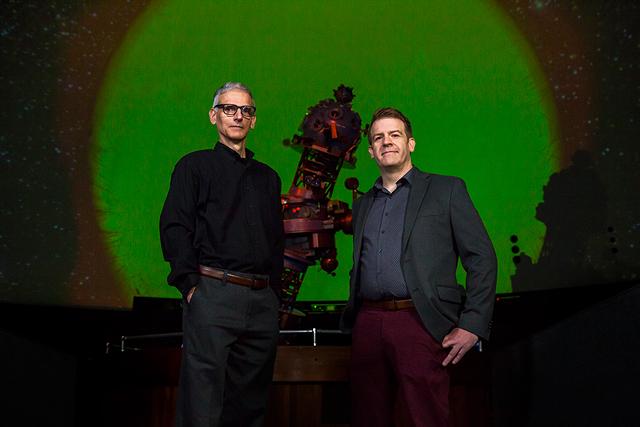 It’s been more than a year and half ago since musician Ian Sherman and the Rochester Museum & Science Center’s Strasenburgh Planetarium Director Steve Fentress planned to premiere the show “Impressions of the Infinite” — combining live music performed by Sherman’s band Vanishing Sun with Fentress’s real-time manipulation of the planetarium’s new DigiStar full-dome visualization software.

But when the pandemic struck in March 2020, just a week before the scheduled performances, the event was postponed indefinitely.

Now the multidisciplinary collaboration finally gets a second chance with an in-person audience Nov. 12 and 13 in the Strasenburgh Planetarium’s Star Theater. Speaking recently to Fentress and Sherman in the domed room where “Impressions of the Infinite” will be performed, their eagerness was palpable.

“I’ve been listening to the CD that Ian gave me back in March of 2020 of the music, and it’s not getting old,” Fentress said. 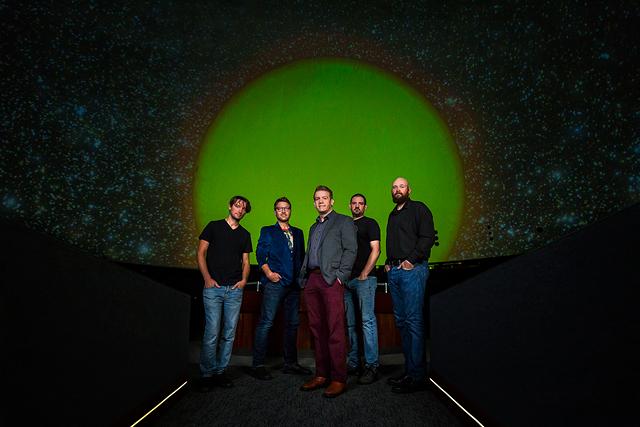 The project was conceived as part of the end result of renovations made for the planetarium’s 50th anniversary in 2018 and subsequent reopening in 2019. The lighting and sound systems were upgraded, the Digistar software was implemented, and moveable chairs were brought in — all in an effort to create a versatile environment in which a wide variety of events could be held.

In particular, Fentress saw the live collaboration with Vanishing Sun as a way to utilize the space, demonstrate the technical capabilities of the planetarium, and engage people differently in the planetarium setting.

“To put a stamp on the renovation and create a bright light on the timeline of the planetarium’s history, I was looking for some musical event that would show the whole medium working together — something people would remember for a long time,” he said.

Fentress, who earned music degrees in piano and conducting in addition to a physics degree at California State University-Northridge, said that Vanishing Sun’s music was meant to be played in a planetarium. But he was quick to emphasize that “Impressions of the Infinite” is not just a concert in a novel setting; it’s a balanced performance in which music and planetarium are equally important.

“Steve is very much performing it along with us,” Sherman added. “I mean, this is not a case of hitting play and letting the show go. (He’s) very much a performer along with the band.” 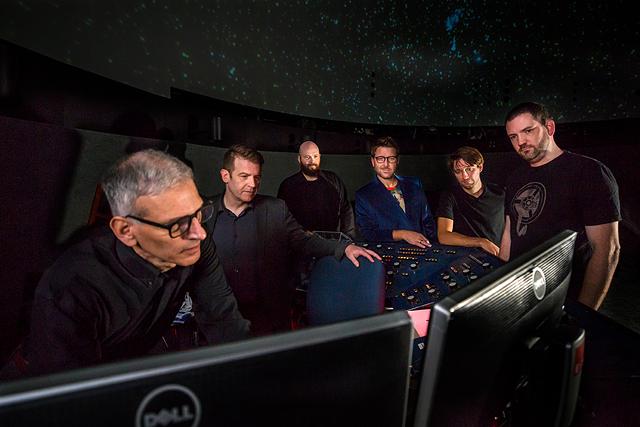 Although none of the composition is written down, Fentress has taken his own notes in preparation for the performances by keeping track of the musical changes in order to later determine the best visual effects to use.

For the music of “Impressions of the Infinite,” Sherman and the band drew from such influences as the ’70s jazz fusion of Mahavishnu Orchestra, the orchestral scores of film composer Hans Zimmer, and the electronic soundscapes of Vangelis and Jean-Michel Jarre.

The result is about 45 minutes of ambitious music that relies on atmosphere as much as tonality, blending spacey vibes and ambient textures with roving jazz-funk grooves, piano balladry, and prog-rock explorations.

Whether you’re a lover of live music, an astronomy aficionado, or both, there’s something new to discover in “Impressions of the Infinite.”

Daniel J. Kushner is CITY’s arts editor. He can be reached at [email protected]